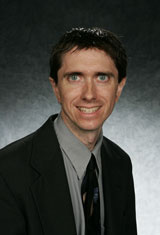 Ruane Center for the Humanities 119

I am a native of the beautiful state of Maine where I grew up on the shores of Maquoit Bay and attended Bates College as an undergraduate. I am also a Francophile and love to travel to France whenever the budget allows.

Dr. Matthew J. Dowling is a historian of modern France, with a focus on the intersection of religious and social history. His main research focus is currently the role of French missionaries in the Pacific in the late nineteenth and twentieth centuries. Dr. Dowling is also interested in the idea of the pilgrimage in the modern world and has written on the evolution of Lisieux, France, as a pilgrimage site. In addition to teaching upper-division courses in modern European history, Dr. Dowling also teaches an introductory course in African history.

Dowling, M. 63rd Annual Meeting of the Society for French Historical Studies. , Washington, DC - "All Politics is Local: Colonial Responses to the Separation of Church and State in Polynesia" April, 2017

Dowling, M. 65th Annual Meeting of the Southern Historical Association. , Fort Worth, Texas - "Sanctity, Socialism, and the Bottom Line: the Politics of Cooperation in Lisieux, 1914-1925" November, 1999